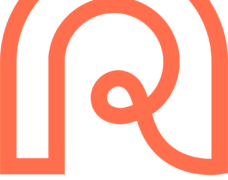 Rural Arts' ON Tour is the Northern Touring Scheme which covers North Yorkshire and the Tees Valley, and operates from Thirsk's beautiful old courthouse. We offer a programme of events to our village hall promoters twice a year , one for Autumn and one for Spring. Past performances have included Phoenix Dance Theatre, Snake Davis, Gervase Phinn, Tutti Frutti, Red Ladder, Simon Armatage, and a whole host of other children's theatre, dance, music, theatre and comedy. We have a total of 320 villages across the region registered with ON Tour and are always keen to find new villages who'd like to give it a go! We also run #CREATETour, a scheme where three professional performance companies work with a group of young people in three different rural areas of our region to create a short curtain-raiser performance that then tours with the professional company as part of the ON Tour scheme. 2014 saw the launch of our Young Promoters Scheme in association with Contact Manchester and NRTF. We're busy putting together the 2014-15 season here at Rural Arts ON Tour but are excited to announce performances from Phoenix Dance Theatre, Contact Manchester's Flying Solo scheme and Ian MacMillan! Be sure to check out our full programme when it launches in August. We're also very excited to be launching #CREATETour this year in Selby and Redcar as well as Ryedale with some very exciting partners, giving young people the opportunity to work with and create work for professional companies! We are a National Portfolio Organisation of Arts Council England. Thanks to our other funders Arts Council Strategic Touring, Ryedale District Council, Craven District Council, and North Yorkshire Youth Service.

A magic money tree? In this climate? Sounds likely. Instead, why don't you try to save the spare change lying about… https://t.co/rs7V2mAi7A

Fancy a cuppa? Come join us in our cosy café and enjoy a variety of treats. Open Tuesday – Saturday, 10am – 4pm… https://t.co/aLnkvBdW7h

Edwina’s beautifully written songs, charming stage presence and voice of an angel have won her a reputation as a tr… https://t.co/nNHit1ZB47