Who do you think you are?  Would your identity change if you moved to the next town or across continents?  In this vibrant and dynamic show, a cast of distinguished performers from diverse backgrounds have come together in a unique quest to find the voices of Britain today. Based on interviews with Burmese, Iranian, Singhalese, Tamil, Chinese, Vietnamese and Britons with a multiplicity of identities, the show takes a poignant, funny and insightful look at what happens when new identities slip, when our roots show, and when, caught off guard, we are revealed in a state of “verbal undress”.

States of Verbal Undress truly reflects what we share as a people rather than what makes us different. When we stand in the voice of another, we truly understand… 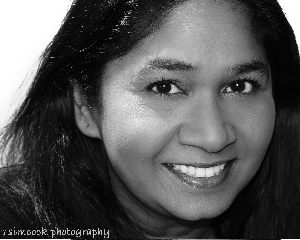 From a Chinese man who grew up in Jamaica to a Burmese activist to a Vietnamese drag artist, this verbatim piece is a dynamic, insightful and distinctive production celebrating the voices of the New Britain.

Rasa means taste of feeling in Malay, the essence of the sap of life in Tamil and the 9 rasas or emotions that an artist evokes in Sanskrit theatre. Rasa, in all its meanings, reflects the cultural background of artistic director Rani Moorthy. Since its beginnings in 1998, Manchester based, Rasa has created 7 critically acclaimed, award nominated productions that have toured nationally and internationally. Rasa artistically celebrates the universal and enduring migrant experience and their displacements and dislocations, whether from Sri Lanka or Wales or Cambodia or Kenya, enable us to create dynamic theatre that is both epic and intimate.

The tour will be supported with drama and creative writing workshops which explore personal histories and themes of migration through stories and creative writing.  The workshops will target specific groups within villages – WI, local history groups, Young Farmers etc.  They will also link to schools to explore intergenerational themes. Initial ideas discussed with Rani are the offer of two different workshops.

As well as the 15 small, rural and community venues in the North supported via the NRTF project,  RASA will be premiering States of Verbal Undress at The Lowry, Salford and touring to other theatres and rural touring schemes nationally.

“This partnership project allows us to offer our promoters in village and community halls, the chance to programme good quality, culturally diverse work that is contemporary in nature. The additional support attached to this project means we can support our promoters both financially and practically to develop audiences for this show and hopefully, for cross cultural theatre in the future. We look forward to touring States of Verbal Undress across 3 counties in the spring.” Esther Hingle, Highlights Rural Touring Scheme Outreach Worker.

“Rasa’s first foray into rural touring was so significant it was featured on Countryfile in 2004. Rasa as a company is committed to changing and challenging our perceptions about the migrant experience be it from a little Cheshire village to London, from Cambodia to Wales or in my case from Sri Lanka to Malaysia to Singapore to Manchester. The migrant experience, that is, the sense of dislocation, the feeling of isolation, the need to feel a part of a community and the reinvention of your identity, is different only by degree and intensity. I have found rural audiences immensely open to my work and embrace the idea that strong, accessible stories about the human condition are valuable connective tissue between people.” Rani Moorthy, Artistic Director, Rasa

“We look forward to hearing more about the piece as it develops and to getting feedback from the company, the touring schemes, venues, promoters and audiences”.  Alice Porter NRTF co-ordinator