Associate membership to NRTF is now FREE for one year. Please go through the registration and check out using discount code - NRTF Free.
Nov15 Nov15

In July this year, Alex Wright came along to the NRTF conference in Stirling to talk about York Theatre Royal ON OUR TURF project and we are delighted to hear about the next steps.

These are the first two commissions out of four between now and September 2015. We are looking for remarkable companies, directors, writers, designers, makers, animateurs, choreographers, composers or any other sort of artists who can work in a community to create a high impact piece of work on a local, regional and national level. On Our Turf is a partnership between York Theatre Royal and the arts or community centres in our market towns: Pocklington, Easingwold, Selby and Helmsley in Yorkshire. In 2014 Pocklington and Easingwold will create two high impact shows. These shows will:

– Be created and delivered by the community
– Be led / directed by a professional, imaginative and ground breaking artist or company
– Not be performed in a traditional performance space
– Will tour to the other three partner towns

There are no stipulations as to what form these pieces need to take. It could be a story for a five mile rural walk ending in a country pub; it could be a sound installation for the back of a Landrover. We anticipate performing to 300+ audience over a weekend, however this could be 2 performances to 150 audience or 60 performances to 5 audience. Each show/piece must be transferable/translatable to the other three towns, as such you wouldn’t be able to devise a performance for the river in Selby without checking the waterways in Helmsley, Easingwold and Pocklington. These will be delivered as charged for events for audiences with good scope for free activities around the ‘fringes’ of the main piece.

Commission 1: Pocklington
The work will open to the public on the 5 & 6 April 2014 and tour to the other three towns on the subsequent three weekends.

Commission 2: Easingwold
The work will open to the public on the 28 & 29 June 2014 and tour to the other three towns on the subsequent three weekends.

We anticipate a 3 month making period with each of the communities. However this does not necessarily mean three solid months in that community. We will ask you for a draft schedule as part of the application, the level of work commensurate with the fee.

In September 2014 all four communities will produce a touring festival, #LittleFest, which should feature further bespoke made work from both Pocklington and Easingwold, made with and in response to the Commissioned Artist and the previously created work. Each commissioned artist will work and have contact with the communities until the end of September 2014.

What is key to us is the forward thinking and imaginative approach to creating truly groundbreaking work with rural communities. Our aim across On Our Turf is to investigate how communities can become a creative catalyst and occupy a vital place within the national arts sector, not as a ‘community programming’ aspect but rather as the passionate, animated and progressive heartbeat in each of our regions. The legacy of On Our Turf is incredibly important and these initial two years begin a considerable investigation in to how we make this type of work, method and community focus a sustainable and important feature in the future of modern British culture.

If you are interested in either of these commissions, please consider the following:

For more information and how to apply go to http://www.yorktheatreroyal.co.uk/job/OOTcommission.php . Or download the attached document to the right of this piece. 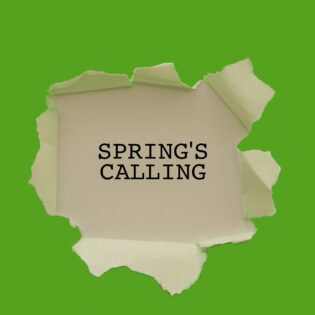 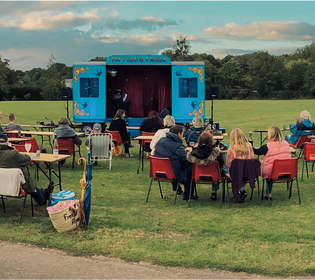