The work with PANDA was developed by Cheshire Rural Touring Arts seven years ago and in 2013, with support from NRTF, Cockermouth hosted the first event outside Cheshire, where companies new to rural touring (but not necessarily new companies) went through a rigorous selection process, managed by PANDA and the network. A shortlist of eight pitched their ideas, emerging or tour ready, to the networks.

IN 2013/14 PANDA, NRTF and the Northern schemes worked together to develop the pitching and mentoring project and extend its reach beyond the touring schemes in the North West to cover the whole of the Northern region.

In 2014, 28 companies submitted applications to be considered for pitching. All the Northern Touring Schemes were invited to take part in the project.

Eight companies were selected to pitch at an event on the 12th and 13th March 2014. 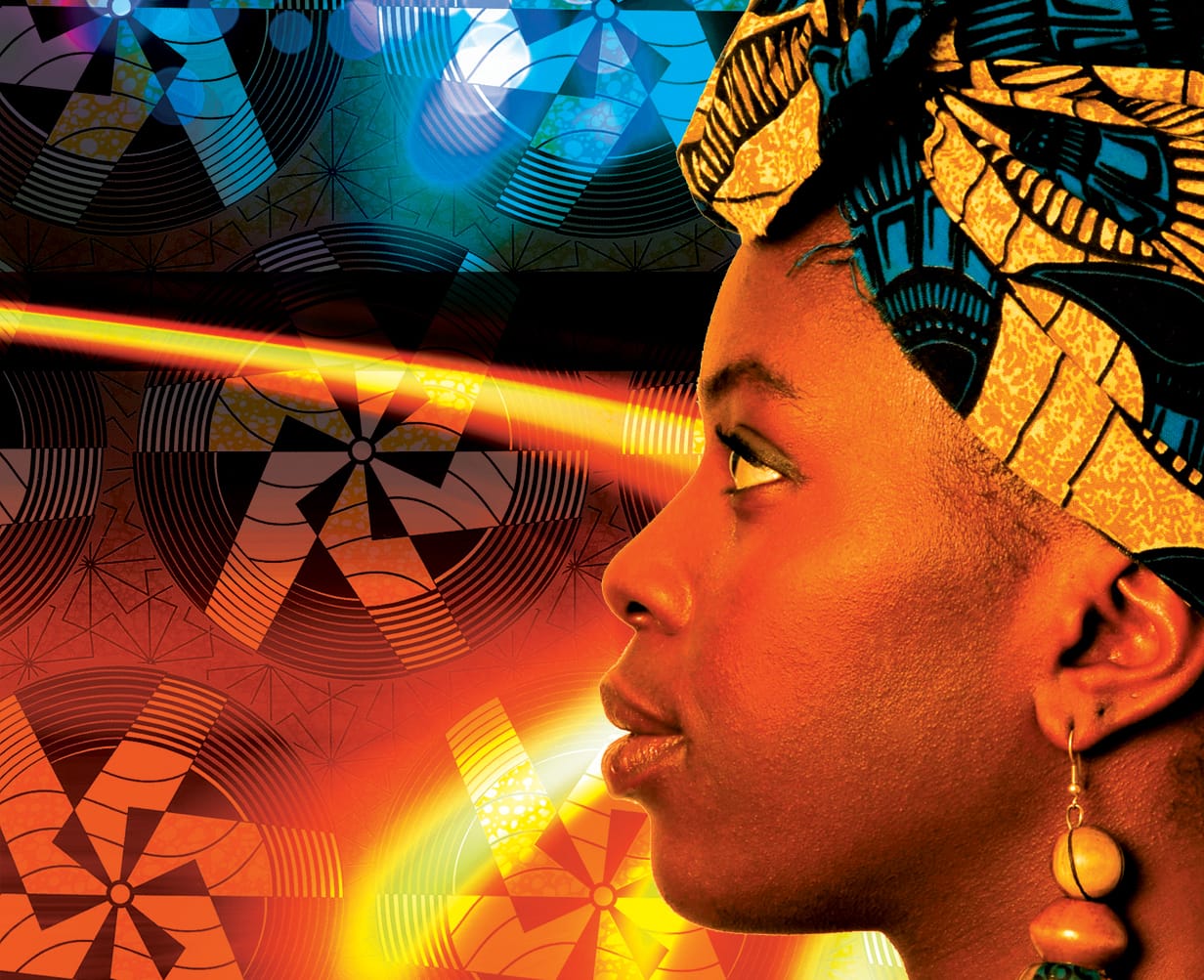 Chanje Kunda, Amsterdam – one of the artists selected to pitch

For those not selected to pitch, follow up meetings or telephone calls or decisions to see the work (if already touring) are also agreed by the group and all the shortlisted companies are contacted and possible ways forward discussed with them.  Where the companies are touring in other parts of the country but as yet unknown in the North, one of the group agrees to get feedback from a rural touring colleague in the relevant area.

The project has a number of aims which the report submitted by this year's organisers, Highlights Rural Touring Scheme, felt were achieved.

To raise awareness amongst the community of PANDA companies of the existence of rural touring; and to highlight the creative opportunities that exist for artists and companies to make work for rural touring.
To make transparent the process and procedures used by rural touring schemes and to mentor companies through this unfamiliar territory.
To enable relationships to be formed between the Northern Rural Touring schemes and a regional cohort of companies and producers.
To allow new relationships to flourish amongst Northern Rural Touring schemes.
To allow schemes to be informed by the experience of the companies and adapt their practices to become more user friendly.
To adapt to the needs of particular companies within the practical parameters of rural touring and negotiate a mentoring package with selected companies.
To provide opportunities for the companies to get feedback from scheme managers  and promoters, giving them a chance to hone their product, content and practices for a rural touring context.
To encourage companies  a) to see multiple examples of other companies’ work in a rural touring context  and  b) to make contact with and be introduced to other scheme managers.
To build in quality assurance, so that high quality performances are offered to promoters.
To provide training and experience for volunteer promoters.

Is pitching the right word?
"We questioned whether the word ‘Pitching’ is the best word.  This implies that there is a “winner” – which isn’t the case.   PANDA are constantly reminding companies that all short-listed companies are “winners”, since  they all receive mentoring/advice.   Perhaps ‘Creative Conversation’ is a better way of putting it."  Highlights Rural Touring Scheme

So how was the experience for the artists?

‘Thank you so very much for your email, and to the panel for their feedback. We’ve learnt a lot, and we’re very encouraged. Very happy to have Claire as our point of contact and will drop her an email to start the ball rolling.’

"Thank you very much for this very detailed and quite positive feedback from the panel, I am positively overwhelmed! first it looked as if they are not really interested in programming my work as it is tricky to fit in an evening-filling event but I am very excited about the possibility to create new work for the rural touring scheme. I am currently talking to a producer about doing an R&D for a new piece. maybe this is something we could develop into a bigger idea with the help of the promoters."

‘"Thanks for this comprehensive feedback, it's extraordinarily useful – I can tell just how much thought has been put into it by the level of detail; it gives me so many positive ways to move forward."

"Geli from Lingua Franca has stated that the Rural Touring opportunity and support you have given her has been the best thing that has happened for her for almost 2 years!"

Voluntary promoters also took part in the event – how was it for them?

"As a promoter, I found the invitation to participate in the PANDA pitching day extremely valuable. It gave promoters to chance to communicate some of the practical challenges we face 'on-the-ground' to both artists and rural touring scheme staff, as well as providing us with insight into how shows are chosen and developed for schemes. It also provided a forum to discuss collectively ways in which new and different kinds of performances for rural audiences could be developed."

“It was fascinating having the chance to see shows that need development but all had promise.  I can't get over the number who'd never seen a rural touring production before they decided to pitch, and it might be worth pushing the value of this in the pre-application paperwork!”

Were there any problems around involving more people in the pitching sessions?

"The project has extended from initially involving only Cheshire to now including 4 more northern schemes. Artists commented that they were delighted to have so many schemes represented and the group felt that it would easily accommodate more touring scheme representatives."  Highlights Rural Touring Scheme

This year Highlights rural touring scheme took the lead in organising the event how did they feel it went?

"We were very pleased with the whole project and the outcomes.  It has given us a lot to consider for the future."

What might you change if you do this again?

"Eight companies in the day was possibly too many. Six might be better.  This would mean more opportunity to chat, and will make match-making easier. Make it possible for artists to stay and watch all the other companies.
Include a previous pitching company in the selection panel. Suggest going to see Rural Touring shows to companies who don’t make it to short-list stage. Provide more practical information on rural touring at the application and shortlisting stages."

WIll the project continue?

Touring Schemes: " We need to find out more from PANDA of how it fits in to their remit for the future. The creative dialogue between PANDA and the touring schemes in the North will continue. We all value the process/project."

NRTF contributed just over £11,500 towards this project and were pleased that the partners felt that in addition their involvement raised the profile of the project.  NRTF is delighted to see work by companies mentored as part of this project beginning to appear on rural touring programmes.  It was particularly pleased to be able to welcome Artizani Avanti and The Edge to its 2013 conference and Chanje Kunda to the showcase event in 2014.

The PANDA / Northern Touring Schemes pitching and mentoring project is one of a raft of opportunities NRTF supports to enable high quality, diverse and innovative work to tour the rural network and to provide development opportunities for voluntary rural promoters, professional scheme workers and artists and performers. Other work and partnership projects undertaken by NRTF can be found in the Our Work section of the website.