Ian McMillan, described by poet laureate Carol Ann Duffy as “one of today’s greatest poetry performers”, tells the stories of men who fought in the first world war and lived to tell the tale, while a real ‘magic lantern’ – one of the very first types of projector – provides stunning, atmospheric accompanying images. The piece reminds an audience that although often seen in great sweeps, war is but ‘people against people’, and that every person has a story to tell.

Using real memories to bring back to life the humanity rather than the brutality of war, “the past and the present come together in pictures and poems that take the audience back” said veteran poet and broadcaster Ian McMillan. “The room will be dark but the pictures and the poems will light up the spirit!”

The show will tour to Gilling East, Potto and Settle as part of ON Tour, a scheme that brings professional performance to rural venues across North Yorkshire and East Cleveland. Ran by Thirsk-based charity Rural Arts, this season has seen dance, music and drama play to 500 people in its first two months alone.

“We’re particularly happy to welcome Ian and Ian to the ON Tour family, not least because they’re both Yorkshiremen themselves” said John Hamilton May of Rural Arts. “Ian Beesley was born in Bradford, whilst McMillan is Barnsley through and through”

At Gilling East, the performance will be accompanied by beautiful artworks from contemporary gallery Bils & Rye, who have carefully selected pieces responding to the themes of the evening. All work will be for sale, and a donation of profits will be made to the Village Hall Committee, as part of a project funded by Ryedale District Council.

“We’re thrilled to showcase our artists’ unique and distinctive work at what is set to be a wonderful evening”, said Bils & Rye co-owner, Nick Bentley. “Linking independent businesses and arts events is a great initiative to not only strengthen the local economy but prove our area’s vibrancy to tourists and visitors. Hopefully our art – and the words and images of Ian and Ian – prove that Yorkshire is and will always be a place to come back to.”

Magic Lantern Tales will play at:

Rural Arts is funded by Arts Council England, Ryedale District Council and Craven District Council. Any profits made from ON Tour events are reinvested into the charitable activities of the organization.

BLUE SKY & BEYOND: BRINGING BLUE SKIES INTO YOUR HOME 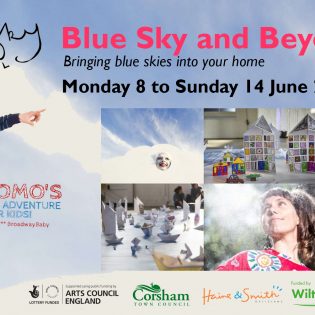 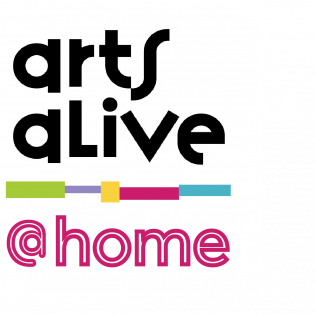