North  East  Arts  Touring(NEAT)are  delighted  to  announce  that  they  have  been  awarded twoyear  funding  from  the Young StartNational Lottery Community fund to continue and develop their Young Promoters Scheme. The initiative is aimed at young people aged 13 –25 years; enabling them to programme professional theatre productions and cinema screenings  in  their  communities. The  scheme  focuses  on  empowering  young  people  to  become  active  volunteer promoters in their community while learning transferable skills in event and arts management.

The National Lottery Community Fund Scotland Chair, Maureen McGinn, said: “I am delighted that North East Arts Touring has been successful in securing Young Start funding. This award will make a big difference to the lives of local young people who will be at the heart of both project design and delivery. I wish the Young Promoters Scheme every success as it goes on to develop and expand its project to help young people reach their potential.”

The scheme was initiated by North East Arts Touring’sactive role in the creation of Youth Arts Collective North East, as part of Creative Scotland’s “Time to Shine” Initiate.The  Young Promoters Scheme  was  delivered in partnership with Aberdeen International Youth Festival in 2015.

Since its initiation ithas gone from strength to strength with over 312 young people in rural towns and villagesacrossAberdeenshire learningskills in programming and promoting professional theatre and dancein their community,with a further  2956  young  people  engagedin a  range  of  creative  learning and performance-basedopportunities.Adrianna Butka  a  young  promoter  from  Banff,  said “Through the process of the scheme it was amazing to work with arts professionals and know your part of something big. Promoting these shows gives me a big boost of confidence”

As an outcome of the project, NEAT is delightedto see a significant rise in young people attending professional theatre and danceperformances in rural communities.Lynn Shaw, NEAT’s Young Promoters Coordinator, said “Many of the young people we work with are isolated either geographically or through social deprivation. Up until now the scheme has been delivered in areas such as Banff, Whitehills, Alford and Peterhead. Receiving support from the Young Start fund will give us the opportunity to reach out to more young people in other rural communities across Aberdeenshire”

This is the only scheme of its kind in Aberdeenshire. Emyr Bell, Executive Director of the organisation, said, “Creativity plays  such  an  important  part  in  the  development  of  young  people,  having  the  opportunity  to  learn  life-long  and transferable skills is vital; we are so excited to embark on this new phase of the project through support from Young Start.”The scheme will restart at the beginning of June2019. 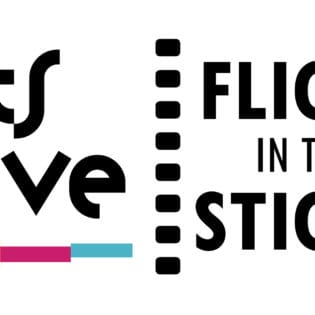