Associate membership to NRTF is now FREE for one year. Please go through the registration and check out using discount code - NRTF Free.
Oct14 Oct14
Posted In: Grants, Guest Blog

Monday, October 14, 2019The NRTF recently sent Gail Ferrin from Blaize ArtERY & Live Lincs Touring to ‘Braw Revealed’ using one of our CPD grants. Here we hear about what she learnt.

I recently had the opportunity to attend Braw Revealed billed as ‘a day of learning, sharing and doing for anyone looking to contribute to the innovation of rural touring’, which took place at the Eden Court Theatre in Inverness, Scotland. Representing the NRTF, I went to hear about the project and see if I had some ideas to contribute to the day.

On arrival, I found a room full of delegates from across a wide spectrum of arts, including; development officers, marketing &amp; communications officers, venue directors, performers, touring organisations and programmers, representatives of various forums, event managers, lecturers and other arts development professionals.

I also noted the quote displayed on the screen – which set an interesting tone to the day;
“I thought it was going to be shite but it was actually quite good” Neil – audience member Isle of Eigg

The day began with an overview of Braw – a two-year-long action research project which is almost complete. Described as a project which is ‘examining artistic vibrancy, relevance and impact by deepening the relationships between three devising performers and three rural communities’ I was interested to hear about the impact and learning from this process.

Jo Maclean, CEO of the Touring Network and Lisa Baxter of The Experience Business led the day and began describing the project ‘What we did, why and how we did it’. They explained that they would explore and share what happened when they propelled 3 devising artists, 3 promoters and 1 first-time animater into an open-ended experiment into rural touring – examining what happened when trialing some new approaches (with some spectacularly good and not-so-good results!). What followed was a series of sessions where the assembled delegates heard a review of the three areas and projects, from promoter and artist perspective – Birds of Paradise Theatre, Creative Electric and Lochgoilhead, Vanishing Point and the Idle of Eigg then Saffy Setohy, The Work Room and Forres , Finhorn Bay Arts. There seemed to be some more successful experiences and those which perhaps hadn’t accomplished quite what they could have. However, all acknowledged it had been good to try.
It seemed that perhaps a two-year project timeline was too long to keep audiences and participants involved and that some of the initial energy dissipated as time went on. The team also acknowledge they should have put in place a tighter brief and been clearer on expectations of all involved, including promoters, companies, the animater, and artists.

At the end of the day, the delegates were asked to contribute to some questions around what happens next for Braw.

Overall an informative and interesting day, which mainly consisted of hearing from all of those involved in the Braw project, and some comments and feedback from delegates who offered some opinions, suggestions, and observations after hearing about the process, results, feelings of promoters, audiences, and artists who were involved.
One of the main points I came away with from the day is just how important promoters are, they are key to the success of projects like this, they know their communities and yet they have limited capacity and should not be expected to work as hard on getting projects up and running and sustaining a lot of local involvement over a long period, without funding and other support. 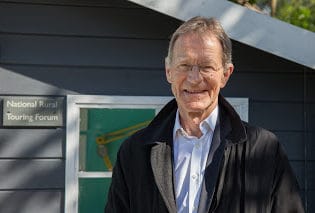 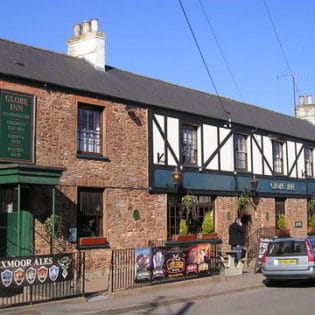