The NRTF has extended its offer of free membership for artists and promoters, full details here
Sep29 Sep29
Posted In: Artists, Artists Perspective

Nicola Pollard is a freelance theatre director, and Artistic Director of Up The Road Theatre, a small-scale touring theatre company based in Kent. Founded in 2015, the company have since created and toured two shows across the country, visiting village halls, community theatres and non-theatre spaces. www.uptheroadtheatre.co.uk

I asked Stephie back in April if she’d like a blog from me. I’d been blogging for Eastern Angles while directing their spring tour, and, after a brief hiatus, had just concluded the series of missives. During those intense, focused weeks of rehearsal in February and March, coronavirus had felt really far away (literally, we were in Suffolk), but news had gradually filtered through that something alarming was occurring. Then, the idea of cancelling a handful of shows felt absurd. Government restrictions on gatherings seemed far-fetched. But, plans for the tour changed, then changed again, and again, until the entire 10-week tour consisted of an ‘opening night’ behind closed doors. I won’t need to explain to many of you what it’s like to work on something for months then have it all taken away. A show isn’t done by opening night. It needs time, and audiences, to grow, breathe and develop into a fully-fledged production. We’re hoping that Red Skies will have that opportunity next spring.

So that was going to be the first blog, but I soon realised that no-one needed more stories of cancelled shows, lost work and fear for our future. In August I put it to Stephie that I could write a blog about starting to begin creative work again. ACE had opened up Project Grants, the summer looked good for outdoor performances, there was a general vibe of positivity.

As I eventually sit down to write this (September 24th) I’m not sure where we are. Many of our schemes, promoters and artists are in areas with local lockdowns, new restrictions have been announced and other restrictions passed into law. Many of us have sweated over and submitted ACE bids of one form or another, and might well be aware that our future, be that short or long term, depends on the outcome of those bids. It’s an uncomfortable limbo state.

How does it feel to be a freelance artist right now? I don’t know about you, but I think it’s vital to try to keep going with creative work, in whatever capacity we can. We don’t all have avenues, outlets or resources to actually make something regardless of what’s going on, or an audience eagerly waiting for us to put something out there. But maybe we can plan. Maybe we can dream and then turn that into something of a plan. I found it really hard to keep working on something when I couldn’t see a way it would ever see daylight, but now I think there is daylight, even if it’s a small chink that keeps changing size.

There will be a way through this and the arts will have a place. It isn’t easy – artists tend to need some kind of support from venues or organisations, and they can’t make any promises right now. I have to keep telling myself that there is no rush. I don’t want to be in that situation where I have to tell a hard-working, dedicated cast that our first night is our last night. I won’t be the first one out there with a show when we’re given an unequivocal green light. But I will be out there at some point in the future. Actors and other creatives want and need work. Audiences want and need work. Schemes and promoters will want and need work. That’s the motivation. At some point, Up The Road will be back on the road, and what a tremendously long road it will have been.

An Introduction for Artists to the Rural Touring Scheme Model… 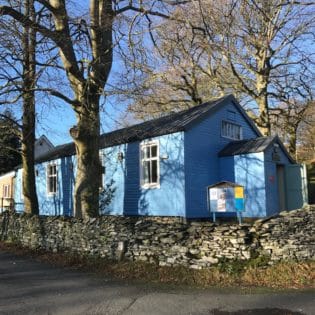