■     to better understand the impact of arts and culture;

■     to make the best case for arts and culture in the context of reduced public spending; and

■     to promote greater collaboration and co-operation between the arts and cultural sector and research partners.

CONCERTA has been a national study of the benefits, for local community development, of a relatively under-researched form of creative activity: rural touring arts.

Devised by the National Rural Touring Forum (NRTF) (Lead Applicant), in collaboration with the Centre for Business in Society (CBiS) at Coventry University (Research Partner), the CONCERTA project (Contributing to Community Enhancement through Rural Touring Arts) was provided with funding of circa £150,000 by ACE under the terms of the Research Grants Programme for the period from December 2016 until March 2019. NRTF was the Lead Partner and accountable body, with oversight provided by a Steering Group, chaired by NRTF and including ACE and the NRTF Board.
CONCERTA has been based on a mixed methods research design, combining the development of a national, geo-referenced data-driven evidence base of professional rural touring activity with the production of a series of more qualitative case studies of the impact of touring rural arts.
The choice of case studies included a return to some of those areas studied by Matarasso (2004) Only Connect in consideration of the potential of the cumulative impact of rural touring through time.

The project was designed to support NRTF and its Scheme members in their professional activities.

■     Mapping the patterns and characteristics of English rural touring arts activity: a comprehensive, geo-referenced evidence base of five years of English Rural Touring Scheme activity, for all 24 English Rural Touring Schemes funded in 2016. This comprises over 700 digital maps. Activity data collected through the scheme survey has been combined geographically (using ESRI ArcGIS) with socioeconomic data from sources such as Census (census.edina.ac.uk), Neighbourhood statistics (www.neighbourhood. statistics.gov.uk) and Employment (www.nomisweb.co.uk).

■     Case Studies of the impacts of rural touring activities:–    Five Core Caseswere selected reflecting levels of ‘rurality’ in Rural Touring Schemes;-  Two ‘Cumulative’ Cases and an interview with François Matarasso – representing a return to local rural touring areas previously studied by Matarasso (2004); and- Two ‘Non-Scheme’ Rural (touring) Arts Investigations to investigate the possible benefits and impacts of other, often amateur, arts-based activities, rather than professional Touring Schemes. In the spirit of co-design and partnership, these cases were undertaken by NRTF with oversight by Coventry University.

■     Supporting professional touring development and wider dissemination: a range of knowledge transfer and technical expertise activities to support NRTF, their membership Schemes and broader understanding of the characteristics and benefits of professional rural touring.

Below is an example of one of the national maps produced from Scheme data, representing number of different art-form types by location in 2012-2017, by Scheme, mapped against national Rural Urban Classification 10.

Overall, annual turnovers are low, and very low in some instances, and this is reflected in employment structures. These range from between one and ten employees, often supported by a freelancer or several. The Schemes exhibit substantial variety in terms of company structure. Some are private companies, some are effectively franchises or projects run by other companies, and some are community interest companies. Many of the more established companies are charities.

Between them the Schemes deliver annually between 2,000 to 2,500 events, incorporating a wide portfolio of art-form performances and a small number of more interactive activities (including workshops, training, etc.). These are distributed across between 800 to 1,000 venues although there is some evidence that venue numbers may be dropping. Over the last five years, the Schemes have jointly delivered 9,500 events to audiences numbering just over 700,000. Annual average audiences per event sit at a highly consistent 70 to 80 person annual average.

ACE funding is core to the sector, with 21 of the 24 Schemes attaining National Portfolio Organisation status, and seven in which ACE funding accounts for over fifty percent of funding. Ticket sales represent around a third of Scheme incomes, with notable variation across Schemes. Local Authorities remain the other main funder, although at an increasingly low scale.Change dynamics are evident across the sector but one relationship is clear: simply put, the greater the turnover, the more staff are employed, the more freelancers used and the more events are programmed.

The impacts of rural touring
Table ES1 (overleaf) summarises the range of impacts of rural touring identified by the research. Bringing arts activity – quality, diverse, and challenging arts activity – to a substantial range of accessible and remote rural areas, rural touring has been shown to be integral to catalysing and supporting community life in English rural areas, especially as other villages ‘anchors’ have diminished.
The act of bringing touring arts to rural areas (engagement and participation) generates a range of individual and community benefits, including personal development and well-being, community assets and capacity and, ultimately, stronger rural communities.
Table ES1: The Impacts of Rural Touring Arts

In providing an updated national overview of the organisational characteristics, activities, and impacts of the ACE-funded English Rural Touring Schemes, a number of issues were raised by interviewees (Table ES2). These centred around aspects such as: funding and sustaining the rural touring arts model; strategy and rationale (and achievement of them); and, operational effectiveness.TableES2: Issues for Rural Touring Arts

Recommendation 1: Given learning from this research, further enhance the NRTF Annual Survey instrument. Consider how this supports regular sector-level development of impact reporting.
Recommendation 2: NRTF to consider further the role of Rural Touring Schemes within current policy horizons over and above engagement and participation in the arts, such as in ‘supporting anchors of local community/rural development’, ‘contribution to civil society capacity’, ‘enhancing social cohesion’ and, ‘delivery of health and well-being’.
Recommendation 3: Continued recognition and development of NRTF sector support to Schemes – communication and feedback; training, dissemination of reports, guides and resource packs (‘help fuel’); and, strategic programmes to promote excellence and innovation at a local level.
Recommendation 4: For the sector and its stakeholders to consider strategic responses to key challenges raised by this Report: Succession and Sustainability; Sustainability: funding and finance; and Diversity and Cohesion.
Recommendation 5: To consider research on Rural Touring Arts and Health and Well-Being as a substantial emerging research priority.

[1] These examples are drawn solely from the Report Case Studies. Good practice examples exist across the Rural Touring Schemes

Why is Rural Touring so Important? 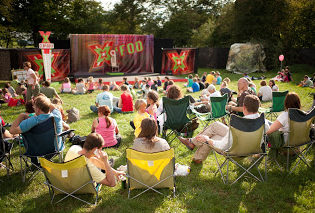 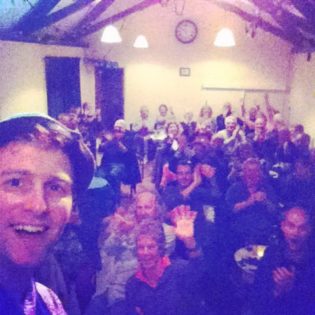