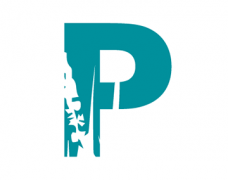 Pentabus is the nation’s rural theatre company. We are the only professional theatre company in the UK whose vision is singularly rural. We tour new plays about the contemporary rural world to new audiences in village halls, fields, festivals and theatres, telling stories with local relevance, plus national and international impact. We believe that every person living in an isolated rural community has a right to exceptional theatre. We are based on a farm in Shropshire, and to date all of our work has been made here. It then tours village halls and theatres locally and nationally. Over four and a half decades we’ve produced 172 new plays, reached over half a million audience members, won a prestigious South Bank Show award, a Fringe First and were the first to live stream from a village hall. We have hosted a writer in residence since 2014 and they have gone on to be commissioned by the Royal Court, Birmingham Rep, Royal Welsh College, Nottingham Playhouse and the Bush.

We are a champion for rural young people aged 16 to 25 and Pentabus Young Company is our new initiative offering workshops, masterclasses, work experience and mentorships, as well as the opportunity to join our Young Writers’ Group, which has been running for seven years.