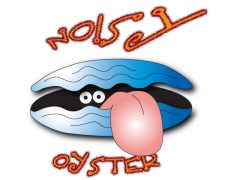 Noisy Oyster, an award-winning puppet company, was formed in 2006 by Nik Palmer and Sarah Rowland-Barker. Combining puppets with mime, clowning, and original music, Noisy Oyster have devised, and created quality puppet productions, which have been delighting family audiences the length and breadth of UK. Over the last six years Noisy Oyster have also been gaining international acclaim, performing at a number of puppet festivals in Central Europe, Eastern Europe, South America, Asia, and India. Excitingly this has brought a collection of awards, including Best Street Show, Best Interaction with the Audience, and Best Children’s show.