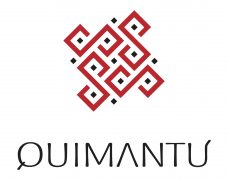 Since Mauricio Venegas-Astorga formed his Anglo-Chilean band Quimantu in 1981 they have been the ambassadors of Chilean and Latin American music in the UK and Europe, creating a unique blend through their exceptional use of the hundreds of traditional folk styles of that vibrant continent, which they skilfully incorporate with contemporary influences, from Western Classical music, to Celtic, African and Indian styles to name just a few. With its line-up of talented musicians, the band has quite deservedly gained an important reputation as one of the best, most creative and sophisticated groups of its type, interpreting and recording its material with musical subtlety, integrity, passion, beauty and great aesthetic care. Quimantu’s instrumental pieces have glorious melodies that penetrate directly to the heart, and today its emotive and imaginative vocal arrangements carry a new breath of freshness with the incorporation of the young voice of Laura Venegas-Rojas. As lead vocalist, Laura’s beautiful tone and phrasing perfectly complement the musical expression of the group, full of grace and colour, transporting the audience on an emotional journey. ​ Quimantu has always widened its horizons by searching out new collaborations with celebrated musicians from different cultures in the amazingly rich musical landscape of the UK. In doing so its concerts create a marvellous fusion of styles and offer a truly international perspective, as the group shares its vision of the world with an honest political and social message, producing a warm empathy with their audiences, and an emphasis on respect for freedom, justice, culture and education. Quimantu’s musicians love what they do, and that love is reflected in the fact that the group not only shares its music with its followers, but also the most profound sentiments of equality and freedom that lie at the bottom of their hearts and their art.

We’ve had a long but very productive day of filming today! https://t.co/g4AHlrVaxS