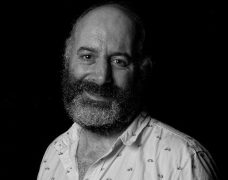 Until December 2017 I was Artistic Director and Chief Executive of Unity Theatre, Liverpool, leaving to pursue freelance projects, including producing the UK tour of Nina a story about me and Nina Simone. Recent projects include The Mystery of the Raddlesham Mumps (Murray Lachlan Young / Nina Hajiyianni), The Stitch Brothers Patchwork Dreams (Jason Singh / Arun Ghosh / Fabrick Lenny / Whispered Tales), The Ballad of Maria Marten (Eastern Angles) and Horny Handed Tons of Soil. Current projects include Atom and Luna (the follow up to The Mystery of the Raddlesham Mumps), a national re-tour for The Ballad of Maria Marten, lecturing commitments at East 15 and Capital Projects Director with New Wolsey Theatre.

Whilst AD at Unity co-productions included Nina (with Riksteatern), Lampedusa (with Soho Theatre and Hightide), Princess and the Pea, Little Red and the Big Bad Wolf and The Jungle Book (with Action Transport), Bardolph’s Box (with Up The Road Theatre) and Chicken (with Eastern Angles).

Prior to joining Unity I was General Manager of Eastern Angles producing 18 shows for the company which toured into community centres, theatres, supermarket basements, aircraft hangers, railway museums and ancient monuments to name but a few.

Operating out of Space Studios (37 Queen Street) in Colchester, I’m a board member of the Mercury Theatre, an associate of the hub and a co-director of Phrased & Confused. When I’m not making creative things happen I’m a passionate (but awful) cricketer who enjoys the odd pint of real ale!

RT @mercurytheatre : In 2020, we have seen that Black people are still fighting for the right to be judged by the content of their character…

RT @ATTtweet : Our next collaboration with @funnelwicklimb #AtomLuna  - QUEST FOR OLD MOTHER REDBEARD is being launched on Thursday 28 Januar…

RT @FunnelwickLimb : So hivemind - which of @MurrayLYoung  fab family friendly poems would you like to hear at the launch of#AtomLuna  - Ques…