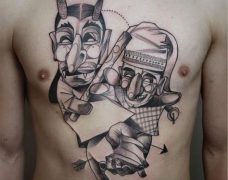 Fetch Theatre is the producing arm of John Knowles who is a writer, director, actor and producer, based in Hastings East Sussex. His work is uncompromising, vital and full of sharp wit and pathos. Fetch Theatre produces work which explores the personal, the provocative and the absurd and we are independent to our core.

Shadow of the Rose - PQA Riddles Court Edinburgh.
‘John Knowles’ writing is lyrical and draws us in: “…everyone has a time, a moment that defines them,” stated in a strong performance from Marc Twinn as Hans Scholl, gives the audience food for thought. John Knowles also directs and his direction is clear and specific, allowing the text to tell its story effectively.’ ⭐⭐⭐ www.edinburghguide.com

Toby Belch is Unwell
‘A virtuoso bit of writing with a complex array of themes… An imaginative amplification of Shakespeare's Toby Belch, with moods ranging from the sentimental and nostalgic to envious, funny and sharp''. Simone Witney - Hastings Independent