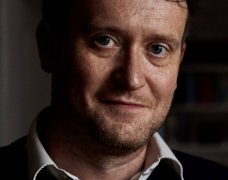 Philip first became interested in theatre when working at the Arts Theatre, Cambridge, back in the 90s. Philip’s theatrical credits include over seventy radio plays and productions at venues including Riverside Studios, Battersea Arts Centre and the Finborough Theatre. He was one of five finalists for a Channel 4 Talent Award in 2008 and a nomination for Best Producer in the Radio Academy Awards 2012.

Philip has produced all of Bunbury Banter’s work to date, and as is job role suggests he will often also be found on the creative side of projects as well as gathering the funds, running budgets, managing teams, firefighting, and anything else that a project needs.

WE ARE A DUMFRIES & GALLOWAY BASED AWARD WINNING THEATRE COMPANY CREATING MULTI-SENSORY, IMMERSIVE PRODUCTIONS WHICH BUILD A SENSE OF COMMUNITY THROUGH SHARED ARTISTIC EXPERIENCE. WE MAKE WORK WHICH ACTIVELY PROMOTES AND PROVOKES AUDIENCE RESPONSE, ENCOURAGING US ALL TO SEE THE WORLD FROM NEW PERSPECTIVES.

WE ARE COMMITTED TO MAKING ACCESSIBLE WORK WHICH RESPONDS TO AND RESONATES WITH, OUR REGIONAL COMMUNITY OF DUMFRIES AND GALLOWAY, WHILST REMAINING RELEVANT TO THE WIDER THEATRICAL AND SOCIETAL LANDSCAPES.

WE ARE PASSIONATE ABOUT INSPIRING YOUNG PEOPLE USING THE MEDIUM OF THEATRE. RECOGNISING THE POWER OF PARTICIPATION, WE RUN DEDICATED PROGRAMMES EMPOWERING THEM AND OPENING UP POSSIBILITIES WITH WHICH TO EXPLORE THE WAYS THEY ENGAGE WITH THE WORLD.

COLLABORATION IS ESSENTIAL TO OUR PRACTICE; WE WORK WITH EXCITING AND INNOVATIVE ARTISTS FROM ACROSS SCOTLAND AND BEYOND, TO MAKE THE BEST THEATRE WE CAN.

RT @gridirontheatre : We'd love to finally announce our intention to put on a live socially distant outdoor show on or after the 24th of Aug…

"But what I'm taking a stand on is this. Language, like society, should be allowed to evolve and change...." An e… https://t.co/75iOBDQbM7