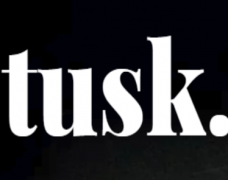 I am a playwright, actor and producer and co-director of tusk., a theatre company based in Ipswich. I am a graduate of the HighTide Writers' Group and the Soho Theatre's Writers' Lab and their alumni group.

During the pandemic, I have written new plays for INK, Menagerie Theatre Company and independent theatre producer Karen Goddard. A monologue I wrote for INK's series of Lockdown Shorts was performed by Juliet Stevenson and broadcast on BBC Radio Suffolk.

In 2019, my first play for children 'Baba Yaga' was performed at Ipswich Art Gallery as part of their 'Marvellous Machines' exhibition. It was commissioned by Ipswich Museum and supported by Eastern Angles. Due to COVID-19, the 2020 tour of 'Baba Yaga' was postponed. It was due to feature at Latitude Festival and First Light Festival before a run at the Sir John Mills Theatre, Ipswich. As a result, tusk. created a film of 'Baba Yaga' and accompanying teaching resources and activity packs for at-home and in-school learning.

In 2019, my play 'After Prospero' was featured at INK Festival and toured around East Anglia and to the Tristan Bates Theatre in London. At the festival, I won the 'Award for Promising Young Playwright' presented by Richard Curtis. Earlier last year, tusk. performed my short play 'A Sort of Revolution' at Ipswich Art Gallery which was debuted at the Women's Voices, Women's Votes festival in 2018. Previous work has been shown at PULSE Festival, HighTide Festival, Norwich Arts Centre, and The Owl and Cat Theatre, Melbourne.

I have performed as an actor at PULSE Festival, HighTide Festival, INK Festival, The Owl and Cat Theatre, Melbourne, the Edinburgh Fringe Festival and for BBC Radio 4.

Amazing news! Delighted to have been a small part of it. Congratulations @eleanor_root , so well deserved! https://t.co/sXE2fuUXtr