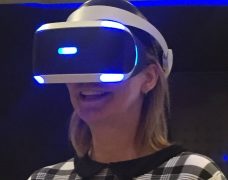 Dr Bernie C. Byrnes is a multi-award winning writer and director and holds a PhD in Literary Criticism (with Psychodynamics). Bernie was Dramaturg on award winning shows Muse of Fire at Shakespeare’s Globe, and Little Soldiers, Theatre Re. International commissions have included projects in Poland, the USA, Mumbai and Singapore. Previous professional writing and directing commissions include the RSC, Soho Theatre, OffCuts, Ugly Sister, South Hill Park, Ivy Paige, Stone Crabs and Network Theatre. Bernie is an established theatrical practitioner, a Fellow of the Royal Society of Arts and a member of the Guild of Directors. She has worked alongside Stephen Pimlott, Ed Hall, Michael Attenborough, Gareth Armstrong and Wayne Sleep. Bernie’s specialist interests are Mental Health, ‘Art & Vulnerable Communities’ and New Writing.

@outcasttheatre  are back in Edinburgh with The Importance of Being Earnest as performed by 3 f****ng Queens and a d… https://t.co/R4Xsmtni4g