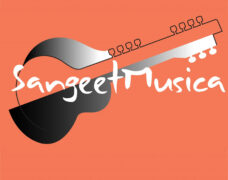 Sangeet Musica is a music project that brings together the music of Brazil and India. It was created by London based Brazilian composer and guitarist Gui Tavares.

It blends classical Indian music, played on sitar and tabla, with musical styles heard regionally across Brazil. Both are expressed with instruments including the 10-string viola caipira, and hand-beaten pandeiro.
This project is unique in combining two of the richest musical traditions to have influenced modern world music.

Brazilian & Indian cultures have both contributed to the spectrum of musical styles, genres and instruments/skills & have had undeniable influence on world music.
﻿
The merging of these two distinct musical cultures presents a significant creative challenge to participating musicians who offer and unique musical experience to the audience.
.