Here I Belong directed by Elizabeth Freestone celebrates village life, companionship and community while highlighting the challenges faced by people in rural areas. Over six decades from 1953 to 2016 Elsie’s life, relationships and the right to grow old in her own home will be played out on stage.

Elsie is played by Beatrice Curnew, and she is joined by Nathalie Barclay who will multi role four different characters.

Crossings directed by Sophie Motley is an evening of live music, waltzing and unexpected connections, as two actors dance you through a century exploring how we’ve returned, resettled and adapted. It was commissioned for the centenary of the end of World War I.

The cast features: Victoria Brazier who plays Margaret and Mirjana and Will O’Connell who plays Grace and Sean.

Pentabus Artistic Director, Sophie Motley, said:‘ Village Halls are the lifeblood of Pentabus, and we can’t be in them at the moment. But, they’ve been around since the last pandemic. To celebrate, we’re sharing two brilliant plays which are elegies, celebrating village halls from 1919 through to today. It’s the closest we can get to actually being in one. Filmed live at Lustleigh Village Hall in Devon, and Ombersley Village Hall in Worcestershire, we wish we could go back to those evenings. Instead, we’ll look forward to the day we can return.’

The rural releases will be available from Mon 25 January till midnight on Sun 31 January 2021 via Pentabus.co.uk

To view the shows as they’re released: 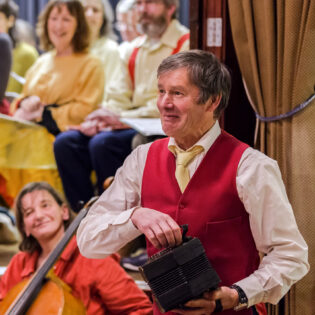 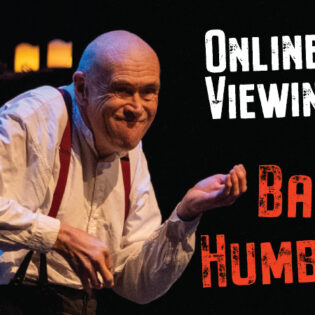