A new year of rural dance: An eclectic mix of shows to visit village venues this Spring

Kicking off the start of a new decade and celebrating five years, the Rural Touring Dance Initiative (RTDI) will tour a fresh selection of shows created by dance companies whose work has been enjoyed on both national and international stages and can now be seen in village halls and rural venues across the UK. The shows on offer have been selected by local promoters from ‘menus’ which enable them to choose the work that best suits their venue.

The Spring touring shows are an eclectic mix of dance adaptations of classic novels and real-life stories and will visit an ever-growing audience in rural communities, taking them from East London to India, from holiday camps to operating theatres. The initiative is a partnership between the National Rural Touring Forum, The Place, China Plate and Take Art.

Based on the internationally adored story by Antoine de Saint-Exupéry, The Little Prince is brought to life using Luca Silvestrini’s Protein’s award-winning mix of dance, humour and text, inviting us to look at the world through one’s heart and to reconnect with our inner child. Upon landing on planet Earth, the Little Prince is welcomed by a mysterious snake and a truly wise and friendly fox before encountering the lone pilot. Together they discover the power and beauty of friendship and the complexity of love.

As a child Dan Watson lost a British holiday-camp dance competition, largely because he totally misunderstood what competitive dance was, and they didn’t play his song of choice: Venus by Bananarama. Combining contemporary dance, confessional and comedy, VENUS is the dance he would have performed had he known better, had he been braver.

Breakout juggling stars Chris Patfield & José Triguero present Gibbon, a humorous and surreal show combining mesmerising juggling with dance and physical theatre. Together they explore the absurd and comedic in what it is that drives us to try and try again. Lifting the veil on the rehearsal room Gibbon shows how two charming performers work at working as one.

Developed in association with a leading surgeon Under My Skin is a show about surgery and operating theatres drawing on classical Indian dance technique Bharata Natyam and real-life surgical procedures. Three razor-sharp dancers invite the audience to share an insider’s perspective on surgical procedures, where intricate detail, timing and precisely controlled exchanges are not just an artistic goal, but a matter of life or death.

Louder Is Not Always Clearer follows Jonny, a teacher, an artist, a campaigner and an avid football fan. He’s just become a father, and he is deaf. He loves to dance, but he can’t hear the music unless the bass is turned right up. Louder Is Not Always Clearer focuses on the importance of connection with others and the struggle to do so affectively and a warm, humorous and honest portrayal of a man perceived to be full of confidence, who is inwardly vulnerable and at times isolated.

After winning the 2017 Rural Touring Award for the most innovative and inspirational show for their previous show, Paradise Lost (lies unopened beside me) Ben Duke’s Lost Dog return with Juliet & Romeo which imagines Shakespeare’s infamous lovers as middle-aged and in therapy. Through its playful blend of dance, theatre and comedy, Lost Dog picks apart out cultural obsession with youth and our inability to accept uncomfortable truths.

And returning to the rural touring circuit after Autumn touring dates, Confessions of a Cockney Temple Dancer sees Complicité Associate Shane Shambhu reflect on his personal journey of growing up in east London, learning and performing Indian dance in the UK, and plays with the ways in which race, language, identity and culture have defined him.

Speaking about the forthcoming season RTDI Project Manager Claire Smith said “Rural schemes and audiences are so looking forward to the RTDI spring season. Across the country we are seeing audiences confidence and enthusiasm for our RTDI brand of dance/theatre grow year on year. People who have never thought of going to see dance are returning, showing a loyalty to companies who are returning with their second or third show as well as embracing companies that are new to the scheme. The quality and diversity continues to impress.”

Mr and Mrs Clark – Louder is Not Always Clearer

Sadhana – Under My Skin 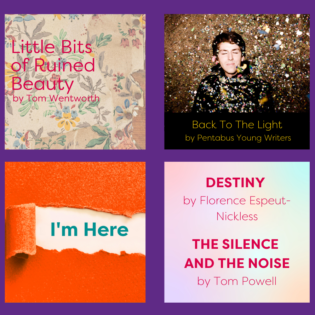 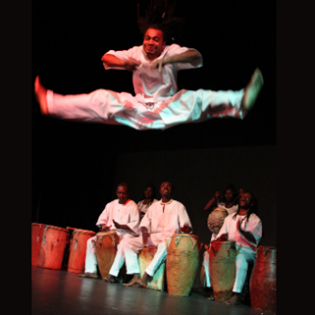