Full listings for the Autumn season can be found here.

The collaborative project launched to bring more dance to village halls around the UK enters its second phase with the announcement of the RTDI Autumn programme. The productions that will tour have been chosen by local promoters from a menu of possible shows and are a varied mix from adaptations of classic books, through comic dance solos, digital installations, fairy tales and immersive work, bringing some of the best of contemporary dance to audiences who might not otherwise see it.

Making its rural touring debut from September is James Wilton Dance’s Leviathan, a fast-paced and athletic reimagining of Herman Melville’s Moby Dick performed by a cast of 6 to a powerful electro-rock soundtrack. Rural touring favourites Lost Dog won a Rural Touring Award for their previous show Paradise Lost (lies unopened beside me…)  which toured village halls around the country in 2016-17. Their new show Juliet and Romeo, touring from October, offers an alternative take on Shakespeare’s tragic lovers that sees them grow up and live into middle age in a show that blends dance, theatre and comedy.

Tom Dale Company’s I INFINITE, which will tour in November, is part dance, part video installation and meditates on the digital world’s quest to recreate life. Also in November, Complicité Associate Artist Shane Shambhu offers a humorous and honest personal tale of growing up in East London, learning and performing Indian Dance in Confessions of a Cockney Temple Dancer.

Lila Dance proved popular with rural touring audiences when they toured the immersive The Deluge last year. They return to village halls from November with The Hotel Experience, in which a man checks into a hotel the night before his wedding to discover that all is not as it seems.
And just in time for the Christmas season, Uchenna Dance will tour its first work for families, Hansel and Gretel offering a new take on the classic fairytale. The company is known for blending dance styles from vogueing, house and waacking to contemporary and African dance, often along with text, to create shows that are entertaining and informative.

Speaking about the new season, Claire Smith, Project Manager for RTDI said “We’re very excited to be building on the success of the past three years of Rural Dance and continuing to take the highest quality of touring dance in the UK to areas that wouldn’t normally have access to it.”

The Rural Touring Dance Initiative was launched in 2015 with the aim of substantially increasing dance touring in rural England. It is a partnership between NRTF, the Yorkshire-headquartered membership body for rural touring schemes in the UK; leading dance institution The Place; Birmingham-based independent producing studio China Plate; and Somerset’s county dance agency Take Art. It was formed in response to Arts Council England’s rural evidence and data review (March 2015), which found that only 2% of NPO funded dance companies toured to rural areas. In the last three years the RTDI has worked with 15 dance companies and staged over 135 performances have taken place with an average of 70% capacity. 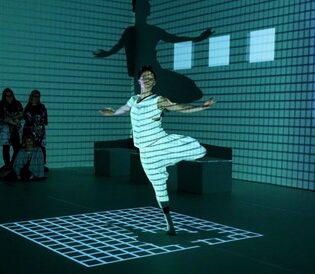 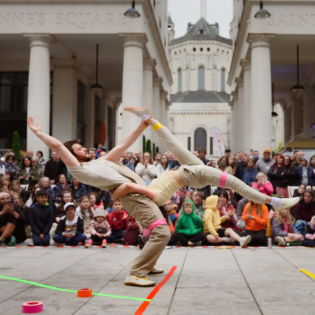