The award-winning actor/dancer BEN DUKE’s one-man show: ‘Paradise Lost (lies unopened beside me)’
UK dates presented by Rural Touring Dance Initiative from the North East to the Deep South of England…
2016 National Dance Critics Award for Outstanding Male Performance2016 Nominated for South Bank Sky Arts Award for Dance
“With little more than a wooden chair and a bucketful of chickpeas, Ben Duke extrapolates Milton’s epic in a virtuoso tour-de- force.” (The Stage 5*) LOST DOG, the highly entertaining dance/theatre company is fronted by its Artistic Director BEN DUKE whose one-man show, ‘PARADISE LOST (LIES UNOPENED BESIDE ME)’ has been performing to critical acclaim and capacity audiences since its premiere in 2015.
A one-man staging of Milton’s epic Paradise Lost which combines theatre, comedy and movement, this is a journey through the story of the creation of everything condensed into 80 minutes, beginning with Lucifer’s rebellion and ending with Adam and Eve’s expulsion from The Garden of Eden.
Ben Duke plays all the characters, creates all the scenes and, despite his best efforts, falls a little short of perfection. “It’s a show for anyone who has created anything (child, garden, paper aeroplane) and then watched it spiral out of control,” he says.
In May Ben is partnering once again with the Rural Touring Dance Initiative to take ‘Paradise Lost’ to more community spaces and rural hubs around the UK. It’s an extension of the partnership that worked so well in autumn 2016 and there are plans for more dates at the end of the year.
‘Paradise Lost…’ tour dates in May:
May 12th Cumbria – The Kirkgate Centre, Cockermouth
May 13th Durham – The Witham Barnard Castle
May 14th Northumberland – Amble Parish Hall Amble Parish Hall
May 1 th West Midlands – Thimblemill Library, Smethwick
May 19th Strike a Light, Gloucester Cathedral
May 20th Marlborough, Wilts – St Mary’s Church, Great Bedwyn
Says Claire Smith, Project Manager at Rural Dance Initiative: “We are thrilled to be able to offer Lost Dog again on the Rural Touring Dance Initiative. The response from the autumn shows was so positive. Shows like ‘Paradise Lost’ are really switching new audiences onto dance. The high level of professionalism combined with Ben’s inventive storytelling style makes it an absolute hit with audiences.”
Ralph Lister, Development Director adds: “The aim of the Rural Touring Dance Initiative is to enable more touring and making of dance to and for rural areas.  Very little dance tours to rural areas; this initiative will address issues and challenges on both the supply and demand side of the equation. More companies will be encouraged to take their work out of a regular ‘black box’ setting into village halls and it will create opportunities for many more rural touring staff and volunteer promoters to see exciting and engaging dance on a broad spectrum and to then programme and promote these shows to their local village audience. The project has attracted funding from Arts Council England’s Strategic Touring Fund until 2018.”

Q&A with BEN DUKE:
1.When did you first read Milton’s ‘Paradise Lost’?
BEN: I read the poem at university; I had to study it in depth, write about it, go to lectures on it and by the end of that I was completely amazed by it.   I decided first that I wanted to make a solo and then I tried to think of the most ridiculous thing to try and stage on my own…
2. How did you go about writing the show?
BEN: The first thing was a short section that still exists in the show in which I am both God creating heaven and myself trying to get my children to school.  From there I followed Milton’s version of the story but constantly allowed myself to be side tracked and distracted by events in my own life. So rather than write a specific script, it developed as I worked on it.
3. You’ve been performing ‘PARADISE LOST…’ on and off for over two years – have you changed the show in that time?
BEN: I haven’t made big changes but it has gradually morphed.  At the beginning it was important to me that there was no script…that I knew which bits of the story I wanted to tell but I didn’t know exactly how I was going to tell them.  There is still no script but what I say each night has become more similar.  I have perhaps lost some of the chaos of the early shows but it has gained more clarity as a result.  I also think it’s easier to play a solo for this long than a duet or group piece because my playing partner is the audience and each night the audience is different and so my experience of performing it is different.
3. This May you’re working with Arts Alive to take the show to rural audiences – what are your thoughts about those dates?
BEN: I’m a big fan of rural touring; I travelled around Somerset and North Yorkshire last year and took ‘Paradise Lost…’ to some lovely small venues in towns and villages there. It’s not a show that was made with these venues in mind but we edited it slightly to fit into libraries and village halls and I think it worked really well. The difference between performing in theatres and village halls is that in the theatre you feel like the host but in a village hall you are definitely the guest.  I am looking forward to being a guest in some harder to find corners of the UK this May.
4. What’s audience reaction like?
BEN: Audience response can be wildly different and it doesn’t matter where you are, it’s completely unpredictable.  There was a show where the audience really started laughing very early and they laughed such a lot, it felt a bit like a stand-up comedy show and that gave the show a very different feel; it felt hard to turn the corner into the darker moments. There have also been some quiet audiences and in that situation the show feels sadder.
5. What’s it like being soaked with water every night?
BEN: Standing fully clothed in a shower of water gives me a very real sense of transformation.  I want to be rained on at that exact point in the show.  If the water is cold the experience becomes physically difficult as the body tenses – in one show the water was so cold I started getting a brain freeze headache – in another the water was so hot I was scalded by it and surrounded by a cloud of steam which I think changed the image somewhat!
6. What’s next for Ben Duke and Lost Dog?
BEN: I’m making a piece for Rambert which will premiere later this year; I’m working on a duet based on Shakespeare’s Romeo & Juliet; I have an idea for a one-man comedy show based on the incredible writing of the Holocaust survivor and psychotherapist Viktor Frankl; and I’ve got an idea of a circus version of The House of Bernarda Alba featuring a real horse and some chickens… 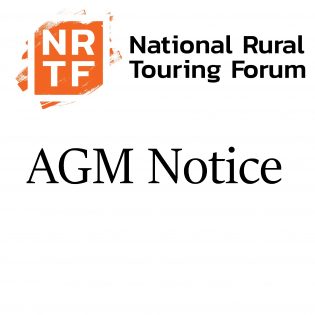 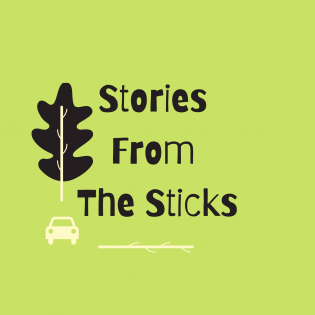