Point Blank have been producing and developing theatre and arts projects in South Yorkshire for over a decade. In the last 3 years we’ve taken on a pub and have become increasingly accustomed to playing host to artists. Creative Director, Steve Jackson says,“This change in perspective had us casting our eye over venue provision for gigging artists in South Yorkshire as well as ruminating on why we always travelled outside our region to see the best small scale touring work.”

It turns out the Arts Council In Yorkshire had been thinking the same thoughts and about 18 months ago the NRTF brought an NRTF/ACE report to Point Blank’s attention that made the case for the need for urban and rural touring for South Yorkshire and it was very much in line with our own observations.

Over a year ago, we were invited to the Northern Touring Schemes meeting to learn more how schemes operate and were inspired to see such inter-regional co-operation and hear how the original model of rural village hall touring had evolved to encompass all manner of venues, projects and audiences. Steve says, “Our team recognised the dynamism of the development workers, officers and promoters within the cluster of northern schemes. All excelled in their roles and were constantly pushing the boundaries of ambition and excellence while also working highly cooperatively” Although this impressed, Steve goes on to say  “We were a tiny bit in awe of what our neighbours had achieved! And we were still a little uncertain whether we would fit in as our sub-region was not as expansively rural as the other schemes ”.

Finally, we attended the Warwick NRTF 2012 New Directions showcase and as Artistic Director Amy Beard comments “We were blown away by the diversity of approaches to touring schemes and the diversity of touring shows being booked and touring projects being developed.” Amy goes on to say “Schemes such as Black Country Touring buoyed us up with their urban touring scheme and initiatives involving disability group promoters; young promoters and so on – we were completely convinced that although part of a national network, a scheme could really evolve to suit it’s particular geography and communities”.

Amy and Steve left the conference absolutely certain that a touring scheme could have a great impact in South Yorkshire and support from Helen Featherstone (Arts Council England) strengthened our confidence that we could pilot a programme on a very unique basis.

A meeting was held with local authority officers and stakeholders by one of our key partners – Rotherham College of Arts and Technology – and support was garnered on the prospect that our scheme could also begin to commission arts projects locally alongside hosting visiting work. This was exactly our aspiration and part of the inspiration we took from schemes across the country in developing and animating activity that complemented  hosting guest artists.  Thereafter our development worker, Rachel Boyce, began to invite promoters and venues from pubs to community centres, to libraries and even a hospital to explore the many ways in which South Yorkshire audiences could engage in touring arts.

Gill Vickers from the NRTF board and Livelincs gave us some great advice and guidance leading to a successful grant application to Arts Council England for the pilot of Performance Republic, our name for South Yorkshire’s new touring network, and as Rachel comments “We have been working flat out to get our scheme up and running ever since!” 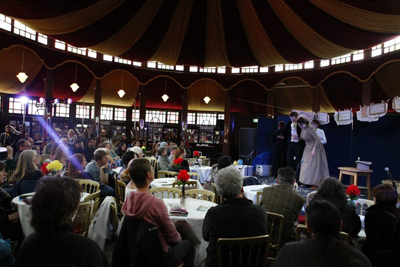 The pilot programme is supporting 10 venue and promoter groups across the region which through the Autumn ’13 and Spring ’14 season will bring a minimum of 25 performances and 15 workshops and provide training in identified needs areas alongside developing our touring infrastructure in South Yorkshire. Point Blank have been working with Bobby Tiwana  (former Black country Touring Producer) as mentor with his serendipitous relocation to our region.

Point Blank’s new administrator, Jo Lettin, is getting to grips with providing artist menus and identifying support needs for venues, “Programming is a little on the late side for Autumn although the bookings are coming in thick and fast!”

All this is on the back of seeing work, meeting producers and artists (plus quoffing whiskey and celidhing) at the NRTF Conference in Stirling this July and taking 2 adult promoters and a young promoter to Edinburgh with support from the NRTF’s bursary scheme. Our young promoter, Maisy Hunter, from the isolated steel town of Stocksbridge, is hoping to submit some of her reviews to the NRTF website, “I have never seen so many amazing shows in my life from dancing carrier bags to birds nesting on people’s heads!” Point Blank were put up in beautiful accommodation at a bargain price and warmly hosted by  Rhiannon McIntyre of The Touring Network. Alongside this great hospitality,  the NRTF’s excellent relationship with Fringe Central made booking our shows and the overall experience a breeze and a great pleasure.

As to our first season Jo Lettin reveals , “A particular programme highlight is Action Hero’s ‘A Western’ perfectly suited for those new to theatre in our pub, The Riverside, this November.” We discovered this gem at NRTF’s 2012 New Directions showcase, through one of China Plate’s many excellent recommendations and though not everyone loved it as much as us – our experience piloting an interactive show with our pub regulars (Tin Boxes’ lovely, Pint Dreams) we know its the sort of theatre that will bring everyone together and push the expectations of what art in our pub could be.  44 tickets have already pre-sold before our official publicity has gone out!

Being a member of NRTF has really helped us in our development stage. It’s an understatement to say its been wonderfully encouraging to have access to a network of tour promoters who have experienced it all before and are on-hand to offer advice if needed. Jo, who is only 3 months into her post at Point Blank, says, “The resources and forum on the NRTF website have been a gift – it has been one of the best informed new projects I have undertaken”.

We want to say an enormous thank you to so many of you in the network that have helped, inspired and given us the confidence to get going – from voluntary promoters, to the NRTF board, to development workers, officers, artists, producers and so on – too many to name. Whether in a formal meeting or more often than not over a coffee or a ceilidh you have been so welcoming and so positive. That more than anything has given us the fuel to bring our new scheme to life. We are proud and privileged to be a part of the network – South Yorkshire is now on the National Rural Touring Map!

Thanks from Steve, Amy,  Rachel and Jo at Point Blank and from all our South Yorkshire promoters! 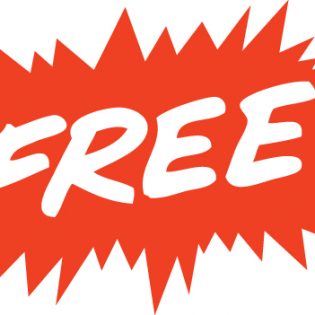