What is National Rural Touring Forum?

National Rural Touring Forum supports rural touring schemes, promoters, artists and communities to bring high quality and professional creative experiences to rural venues and audiences. It does this through advocating on behalf of the sector, creating national projects, networking, showcasing and hosting an annual conference.

What is rural touring and why is it different from urban touring?

Rural touring is where professional performances take place in rural venues. These rural venues usually take the form of a Village Hall or Community Centre, but can also be pubs, libraries and outdoors. They are rarely fully equipped arts venues. Performances are programmed by a rural touring scheme, who will curate a varied season of events. Instead of all the events taking place in a couple of rooms in one building, they take place in lots of venues across a specific geographical area, sometimes whole counties, sometimes even further. Rural touring work is very different from touring to city centres or venues in urban areas. Artists express high regard for rural touring venues and the level of professionalism from the promoters. They often talk about their appreciation of a certain “magic” and warmth of the audiences that happens at rural events which aren’t the same at larger halls or festivals.

“The heart of the reason why it’s different from a town centre art centre is that the audience knows each other. That contributes to the other thing that is distinctive, which is that rural touring events become part of shared memory, part of what builds community. So, for both of those reasons, I think that it is a very distinctive kind of artistic experience.” François Matarasso, March
2019

Green Touring
Touring is inherently greener than venue-based work. Large venues consume vast amounts of energy and expel lots of carbon. People invariably drive to them – or drive to a station to get a train to get to a city where the venue is. Small-scale touring – where one van is on the road for a small cast – has a low carbon footprint in comparison. Rural touring is generally set in villages where many audiences walk to the venue. And if they don’t walk, they live usually within a 10-mile radius, so journeys are short. Previous NRTF annual surveys report that 90% of audiences travel for less than 10 minutes to get to their village hall.

Rural touring couldn’t happen without promoters who host the events. They work with the schemes to identify which performance or artist is the most relevant for their audience and do everything from box-office to get-ins, promotion, hosting artists. Many know their audiences on a first name basis.
Volunteering sits at the heart of rural touring; most promoters are volunteers. Venues employing professional staff utilise the help of a network of dedicated helpers. Promoters maintain an engaged audience for shows, know what they like and are aware of the level of risk they are comfortable in taking in their programme.

All genres of work are represented in rural touring. Creative practitioners and performing companies are selected via recommendations, showcasing, introductions, festivals and seeking out shows independently. They all have a few things in common – flexibility, relevance to the audience, and professional quality work.
“It’s about putting artists in front of audiences and audiences in front of artists. Everything else is fundamentally about getting that moment working Properly. Our job is to make sure that that marriage is right and the right communities, the right shows and the right artists end up in the right place at the right time and that’s very important to us.” Director, rural touring scheme

Health in the Community

Rural touring brings high-quality arts to people who otherwise would not have access to it. This can contribute to reducing the effects of isolation and to developing community cohesion, while also strengthening the capacity of local people to organise and to develop themselves.
Bringing quality, diverse, and challenging arts activity has been shown to be integral to catalysing and supporting community life in rural areas, especially as other village ‘anchors’ such as shops and pubs have diminished. The act of programming touring arts into rural areas generates a range of individual and community benefits, including personal development, improved well-being and supporting community buildings and infrastructures such as pubs, halls and schools. The strengthening of existing community organisations through networking and volunteering and bringing people together positively fosters community cohesion by reducing loneliness, breaking down age barriers and even, enhanced local democracy. 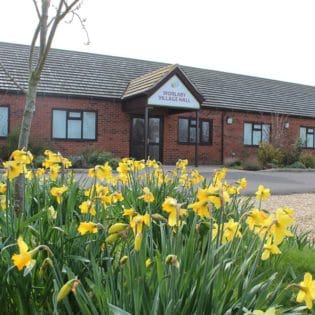